We are the Champions

Myanmar is among Asia’s poorest countries, with limited resources to promote sports. Disabled athletes form a particularly marginal group among sports enthusiasts in the country. But they work hard and some of them have been remarkably successful in international sports competitions, especially the ASEAN Para Games. This photo story tells of their lives in training. The images were taken at various times between 2017 and 2019 at the training facility of the Myanmar Paralympic Sports Federation in North Dagon Township, Yangon, which houses about 150 athletes. 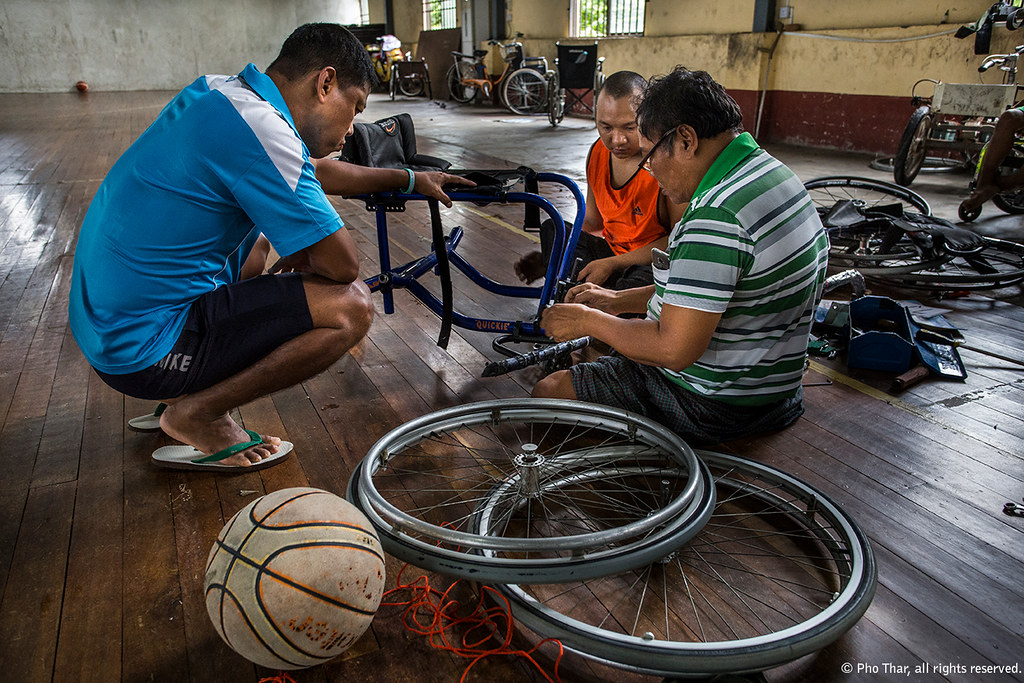 In September 2017 Kuala Lumpur, Malaysia, hosted the 9th ASEAN Para Games. The Association of Southeast Asian Nations (ASEAN) holds this regional sports competition every two or three years, after the regional Southeast Asian Games. In Malaysia, 384 Myanmar athletes participated in 29 events, winning 11 gold, 15 silver and 17 bronze medals. This was a major success for disabled athletes in a country that has little regard and little support for them.

The athletes are part of the Myanmar Paralympic Sports Federation, an independent organisation, mainly supported by the military community and the Ministry of Health and Sports. Many Paralympic athletes are former soldiers, wounded and disabled in battles with Ethnic Armed Organisations (EAOs) –minority insurgent groups – fighting the central government for autonomy.

Some EAOs are part of the Nationwide Ceasefire Agreement (NCA) concluded in 2015, which has ended hostilities in parts of the country. Further negotiations to end the conflicts continue until today, but a lasting peace, which would require a federal political structure acceptable to all sides, seems far away.

According to Halo Trust, an agency specializing in landmine clearance “[t]he people of Myanmar have suffered the longest- running civil war in history. Hundreds of thousands of people have been killed and displaced, and a deadly legacy of landmines stops farmers from cultivating their land and families from returning home… [A]pproval has not yet been granted for humanitarian landmine clearance. In the meantime, accidents continue to happen and children, unaware of the dangers, are most at risk.”

In 2020, the Tatmadaw National Army declared a unilateral ceasefire due to Covid-19. However, the war in Northern Rakhine between the Arakan Army and the Tatmadaw continues even during the pandemic. 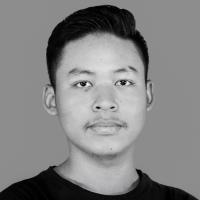 Pho Thar, 22, started his career as a photojournalist in 2016. He has been working for The Standard Time Daily since 2017. His photo documentary “We are the Champions” was nominated at the 11th Yangon Photo Festival 2019, just before he was sent to jail in April 2019.

Pho Thar is also a member of the satirical poetry troupe Peacock Generation. He and his team performed thangyat, a traditional art form that combines spoken word poetry, comedy and dance during the Thingyan Festival (Myanmar New Year). They wore military uniforms and made a thangyat satire about the military. The performers were found guilty of making fun of the military under the notorious Penal Code Section 505(a), a vaguely worded law often thrown at journalists and activists.

After 14 months in jail, Pho Thar was released from Insein Prison, Yangon, on June 26, 2020. As the Tatmadaw officials filed defamation charges in all the townships where the performance took place, five other members of the Peacock Generation were imprisoned. Su Yadanar Myint was released on August 19 but Kay Khaing Tun, Zayar Lwin, Paing Ye Thu and Paing Phyo Min are still in jail.

Pai Phyo Min, aka Deyay, is now serving a six-year sentence with hard labour. Amnesty International described these convictions as “outrageous”. Nicholas Bequelin, Amnesty International’s regional director, issued a statement: “It beggars belief that these young, brave people are behind bars for sharing videos and photos online. Their performances are all about aspirations for a better future.”