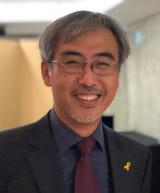 Mr. LEE Taeho is a civil activist in South Korea. He is a chair of Policy Committee and a director of Center for Peace and Disarmament of the People’s Solidarity for Participatory Democracy (PSPD), a watchdog NGO based in Seoul, and a chair of the steering committee of the Civil Peace Forum. Joined PSPD in 1995, he has been engaged in various civil activities to prevent state power abuse, reform political systems, and promote peace and human rights. He is one of initiators and organizers of the Korea Peace Appeal, which is an international campaign that seeks to amplify voices calling for an end to the Korean War and a transition from armistice to peace beyond the Korean Peninsula and throughout the world.

Despite forewarnings, the Russian invasion of Ukraine came as a surprise to many people in the world. How did people in Korea react? How do they see the situation since February? Is there a debate in Korea over what position the country should take?

There was a conflict between Russia and Ukraine, but it is shocking that it resulted in an all-out war. Russia's invasion of Ukraine is unacceptable for any reason. The invasion is at least an act of destroying the international community's efforts to resolve the issue through diplomacy, not by force. Russia has taken the extreme measure of war, but as with all wars that have taken place this century, the outcome will not turn out as Russia intended. The war is already protracted.

Meanwhile, there were plenty of opportunities to diplomatically resolve Russia's discomfort and threats to NATO's post-Cold War movements but the U.S. and other countries have neglected diplomatic efforts. The resulting war gave too much despair to those who believed that "conversations can solve problems and gradually make a better world." The war could have been prevented, and its human cost is primarily borne by the invaded Ukrainians and the citizens of Russia who are mobilized in a war started by the Russian government. Europeans and the world also have to bear the numerous military, economic and political costs of this war, and they are also suffering greatly.

The dominance of militarism is of particular concern. With this war, the tendency to rely on military alliances and military spending is strengthening not only in Europe but also around the world. European countries and the United States have officially increased defense budgets and exported weapons, with the justification of Russia’s invasion of Ukraine, announcing an increase in military spending. The stock prices of defense companies are also rising day by day. The security dilemma that this arms build-up will bring about and another armament build-up will have a negative impact on the entire humanity. The whole world is already suffering from the climate crisis. Numerous people have died due to the COVID-19 pandemic, and tens of millions of people have been refugees and lost their homes due to various conflicts and wars. It is feared that countries will waste the resources they need to use to resolve these urgent crises in preparation for war. In particular, the climate crisis is a problem that countries must work closely together to solve. If arms competition and camp confrontation intensify, it will be difficult to deal with them effectively.

The Korean Peninsula was divided into the South and the North as soon as it was liberated from being a colony of Japanese Imperialism after World War II. 70 years of unstable ceasefire followed three years of hot war from 1950 to 1953 during the beginning of the Cold War. Most South Korean people sympathize with the suffering of Ukrainians due to the war and condemn Russia for its aggression. Many people say it is inevitable to impose economic sanctions. Some argue that military support is appropriate to help Ukraine, but the argument that diplomatic efforts of the international community should be concentrated to end the war as soon as possible has majority support in South Korea.

How has the Korean government reacted on the war? To what extent is Korea participating in international/ Western sanctions against Russia? Does it send arms to Ukraine? Do you expect changes in policy from the new Yoon Suk-yeol government?

Is it still right to say that until today [1st of June, 2022], South Korea does provide humanitarian support to Ukraine, but no arms?

Yes it is so far.

Your analysis: Does the war in Ukraine impact upon Korea’s security situation? In which way?

The war negatively affects the peaceful resolution of the nuclear issue on the Korean Peninsula and the establishment of peace on the Korean Peninsula. Ukraine, which gave up its nuclear weapons due to the persuasion of the U.S. and Russia, is being invaded and even threatened by Russia. This will negatively affect North Korea's policy decisions on nuclear negotiations. After the post-Cold War, all countries that gave up nuclear weapons, including Iraq, Libya, and Ukraine, were invaded or broken down into civil war. In addition, South Korea's annual military spending is 1.5 times the total annual GDP of North Korea. The figure excludes military expenses used by the U.S. Forces Korea. In a situation where the imbalance is so severe, North Korea may understand by substituting itself as Ukraine and the South Korea-U.S. alliance as Russia. For the past 20 years, the U.S. has maintained the option of preemptively attacking North Korea with nuclear weapons, whether it has nuclear weapons or not [see e.g. U.S. “Nuclear Posture Report 2002”].

The expansion of militarism around the world in the wake of the Ukrainian war will also negatively affect the settlement of peace on the Korean Peninsula and denuclearization. In the wake of the Ukrainian war, all countries are trying to strengthen their military power. Expectations for a diplomatic and peaceful resolution of the conflict are also weakening, deepening the security dilemma around the Korean Peninsula. Both the South Korean and Japanese governments emphasize 'peace by force' more. North Korea also emphasizes securing nuclear deterrence and securing self-defense. To solve the nuclear problem, we must present more reliable security measures and economic compensation measures than in the past.

Being a German Green organization, we would be interested to know how you perceive Germany’s position in the Ukraine war, especially with a coalition government that includes the Green Party. How do you see Germany’s policy in the war?

It was unexpected that the German government decided to provide weapons and military aid to Ukraine, including tanks and self-propelled artillery. Germany thought it would be the most negative NATO country for military aid. It has been pointed out as one of the backgrounds of Russia's invasion of Ukraine that the US and European countries did not fulfill their promises before and after German reunification. In addition, Nazi Germany invaded the Soviet Union during World War II. Germany will be able to play a more active and constructive role in diplomacy to resolve the Russia-Ukraine conflict, and even the conflict between Russia and NATO.

On the other hand, Germany's arms support and export to Ukraine can give bad signals in many ways. In Japan, which has maintained a peace constitution that permanently gives up war as a means of solving problems since World War II, constitutional amendment work to revise the full defense clause of Article 9 of the Constitution is in full swing, and discussions have begun to double the current military spending. In Europe, Germany's decision to adopt a more active military policy, and the policy direction of the Japanese government  in Asia are symbolic. Germany's and Japan's decisions could lead to major changes in the order and premises formed after the World War II in Europe and Asia and accelerate the arms race inside and outside the region.

What are you in PSPD and the peace movement doing in this situation? Do you see opportunities for engagement and contributions towards peace?

South Korean peace organizations including People’s Solidarity for Participatory Democracy(PSPD) condemned the Russian’s invasion of Ukraine, while demanding an immediate ceasefire, the withdrawal of invading troops, and a diplomatic and peaceful resolution of the conflict. There are many arguments over the cause of the war, how to end the war, the effect of economic sanctions, whether to establish a no-fly zone, and whether to provide weapons. Anyway, I think the most important thing now is to call for an immediate ceasefire. Putting weapons aid ahead of mediation for a ceasefire is bound to intensify the war. The long-term effects of economic sanctions are also unknown. It's actually not working well and it's negatively affecting underdeveloped countries and the poor. According to European media recently, 10 countries, including France, Germany and Italy, exported about 500 billion won [346  million Euro] worth of military equipment between 2015 and 2020, although the EU decided to ban arms exports after Russia's forced annexation of Crimea in 2014. Even after the annexation of Crimea, European countries helped Russia prepare for war. Can arms supply stop the war? Talks and negotiations about disarmament should begin right now.

PSPD continues to have anti-war rallies, forums, meetings with government and national assembly and write articles. Also, we are closely communicating with the GPPAC network and other international peace organizations. Civil society organizations that interact and unite across borders should and can play more roles in peaceful resolution of conflicts. International organizations such as the EU should also play a more active role in stopping armed conflicts and resolving problems peacefully, rather than becoming a party to the war and conflict.

The interview has been conducted by email and been edited for clarity.