Genome editing, especially in its heritable form, has the potential to significantly reshape the human condition. What does it mean to promote the democratic governance of such a technology?

CRISPR/Cas9, of which two key architects (scientists Jennifer Doudna and Emmanuelle Charpentier) were awarded this year’s Nobel Prize in Chemistry, has now firmly grabbed the international spotlight. It is basically a form of “genetic scissors” allowing scientists to rewrite DNA, in a faster, more precise manner, and at lesser cost than ever before. This cutting-edge genetic technology has a broad range of applications: for instance, to engineer disease-resistant crops, or self-destructing mosquitoes that would otherwise spread malaria. However, it is the use of CRISPR/Cas9 to edit the human genome that generates both the most excitement and controversy.

Human genome editing comes in two main variants, somatic and germline. Somatic editing targets specific, non-reproductive cells in a patient’s body. By contrast, germline editing is performed on gametes (sperm and eggs) or early embryos, and produces heritable changes. It can be used purely for research purposes, or – most controversially – to ensure a baby is born with genetic modifications somehow considered desirable.

On the one hand, using CRISPR/Cas9 for human genome editing promises great scientific and medical breakthroughs: for example, new treatments for genetic diseases like cystic fibrosis, or improved immunotherapies for cancer. On the other hand, the ability to rewrite the human germline creates unease among many. One major concern is the prospect of non-therapeutic applications, such as the creation of “designer babies”. This has led to growing calls to appropriately regulate germline editing at the global level, especially following Chinese scientist He Jiankui’s widely criticised announcement in November 2018 that he had created the first gene-edited human babies using the CRISPR technique. (He has since been sentenced to three years in prison.)

It is crucial to ensure that clinical applications of human genome editing are sufficiently safe. Potential concerns include unintended modifications (“off-target effects”), and a failure to make edits in all of the targeted cells (“mosaicism”). Advances in research are helping reduce the scope for such concerns, as demonstrated by some recent clinical trials. However, considerations of risk remain salient, especially when there is no clear therapeutic rationale for an intervention, when the patient cannot autonomously consent to it, and when the changes made are heritable. He Jiankui’s experiment arguably displayed all of these three features, making it highly questionable given the current state of the science.

That said, while considerations of safety do seem to justify prohibiting reproductive uses of germline editing today, this may change in the future. Strong consensus among scientific experts will surely be required before we can conclude that such an intervention has become “safe enough” to use, at least, in cases involving serious genetic conditions. Yet would the emergence of such scientific consensus also be sufficient to justify giving the green light to “CRISPR babies”?

Arguably not. For one thing, assessing what counts as “safe enough” is not only a matter of using good empirical data, but also of value judgments. For another thing, safety is not the only ethical concern raised by human genome editing. Consider for instance what some see as the risk of “commodifying” children born via germline editing, or of the rise of a new divide between genetic “haves” and “have-nots” grounded in parents’ choices and economic status. As bioethicists have pointed out, all of us need to grapple with these issues; although scientists are of course entitled to express their views on these, we nonetheless can’t (and shouldn’t) simply ask them to resolve them for us. 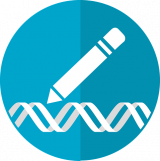 This need to go beyond the strict province of scientific expertise was already reflected in the statement from the organising committee of the first International Summit on Human Gene Editing, held in Washington, DC in 2015. Besides emphasising the need to resolve issues of safety and efficacy, the authors also affirmed the need for “broad societal consensus” before proceeding with reproductive applications of germline editing. The driving idea behind this latter requirement is to ensure truly democratic governance of this genetic technology, as opposed to rule by scientists, biotech entrepreneurs, or any other narrow group of stakeholders.

What exactly is “broad societal consensus” supposed to entail? One might conjecture that, being aimed at promoting democratic governance, it is simply a call for decision by majority rule, involving all eligible citizens in a given country, or at least their elected representatives. Of course, not all countries in the world are democracies (around 57% were in 2017). Perhaps one can still hope that even non-democratic regimes will be swayed by international public opinion, and be reluctant to forge ahead with reproductive germline editing if most of the world is still opposed to doing so. (The possibility of a reverse influence, say, if an autocratic regime were to aggressively promote the engineering of children with genes conducive to higher intelligence, thereby gaining an edge over other nations in terms of intellectual capital, could be a concern – although one that currently remains speculative.)

We should note, however, that proponents of the societal consensus requirement have so far stressed they do not understand it as equivalent to majority rule. In her book Altered Inheritance, bioethicist Françoise Baylis thus argues for something more demanding: not full unanimity, but a state of affairs in which dissenting voices recognise that they have been adequately heard, and feel that, while still disagreeing with the majority view, they can cease opposing it without feeling morally compromised.

The consensus requirement, thus understood, was incorporated into the call for a global moratorium on reproductive germline editing issued in 2019 in the journal Nature by a group of scientists and ethicists (including Baylis). It proposes that nations voluntarily commit not to allow any such applications for a fixed period, such as five years. Shortly afterwards, another call for a (binding) global moratorium was presented in an open letter by a collective of 62 experts to the US Secretary of Health and Human Services. Both proposals, however, seek to ensure that researchers do not move forward with such applications until society as a whole feels ready to do so.

It is not clear that those of us committed to democratic values should endorse the societal consensus requirement. In diverse societies whose citizens often differ substantially in their ethical outlooks, we may doubt that Baylis’s stated goal is realistic. For some, the prospect of “improving” the human germline using tools like CRISPR represents a Great New Dawn for humanity; for others with different values, it foreshadows a Brave New World of eugenics. It seems unlikely that the latter, should they find themselves in the minority, could all drop their opposition to reproductive germline editing without feeling that their integrity had been compromised. If they cannot, however, the consensus requirement will forbid the majority from moving forward, effectively creating a “naysayer’s veto”.

It is doubtful that such a veto right against allowing clinical applications of germline editing is truly compatible with democratic governance. It might be more plausible to construe the consensus requirement as a demand for supermajority, a middle ground between majority rule and Baylis’s stringent interpretation. However, this would still raise the issue of consistency in regulation: why should such a requirement apply to reproductive germline editing, yet not to other high-impact and ethically contentious types of research, say on artificial intelligence or embryonic stem cells?

In the quest to foster democratic governance of reproductive germline editing, a sound justification for departing from majority rule may thus currently be lacking. That said, it seems that the scientific community could still legitimately adopt the consensus requirement, understood in terms of supermajority support within society, as a principle of self-regulation. One plausible underlying goal would be to promote public trust in science. Furthermore, rejecting the consensus requirement as a principle of public policy is fully compatible with promoting public engagement and debate on the regulation of that technology, a process that can only strengthen democratic governance by making it more informed.

The idea of a global moratorium also faces objections. While some might hope that it would help prevent irresponsible practices in countries that do not explicitly prohibit reproductive germline editing, this would be most realistic if the moratorium were mandated by a binding international document – a notoriously challenging feat to accomplish, as demonstrated by the example of cloning. Moreover, existing proposals for a moratorium fail to distinguish between applications aimed at preventing serious diseases, which a clear majority of the population seems to support in places like the United States, and non-therapeutic uses. The assumption that a moratorium will fail to avoid a slippery slope from the former applications to the latter unless it covers both is questionable.

A better path forward might be to ensure that laws prohibiting reproductive germline editing, which are widespread internationally, are made clear enough, and properly enforced. Countries that currently lack such explicit prohibitions can be incentivised to introduce them by the example of other countries, and position statements by international scientific organisations. Should binding international regulation somehow prove workable, a more flexible form of prohibition than a moratorium, avoiding the imposition of a rigid time frame for prohibition, would seem preferable. Once the safety and efficacy of the technology has been established with the help of input from experts, its use (or further prohibition) can then be subjected to democratic oversight in each country where the relevant mechanisms are present.

It is sadly ironic to think that He Jiankui himself may have contributed to such a development, given that China moved to tighten its regulations on human genome editing in the wake of the scandal. Ultimately, his cautionary tale might prove more effective than any piece of legislation at deterring others from hastily using the technology for reproductive uses.

The EU's Artificial Intelligence Act: Should some applications of AI be beyond the pale?

Article
The European Union’s Artificial Intelligence Act aims to regulate emerging applications of AI in accordance with “EU values”. But for the most concerning of all such potential applications, the line between regulation and prohibition can be a tricky one to draw.
By Alexandre Erler

Gearing up for the Digital Decade? Assessing the enforcement mechanisms of the EU’s platform regulation bills

Background
2022 is shaping up to be a big year for European digital policymaking. The Digital Services and Digital Markets Acts as well as the Artificial Intelligence Act will reverberate beyond the EU’s borders. For the EU’s comprehensive vision for platform regulation to become reality, it will be crucial to coordinate the enforcement mechanisms of these laws.
By Amélie Heldt